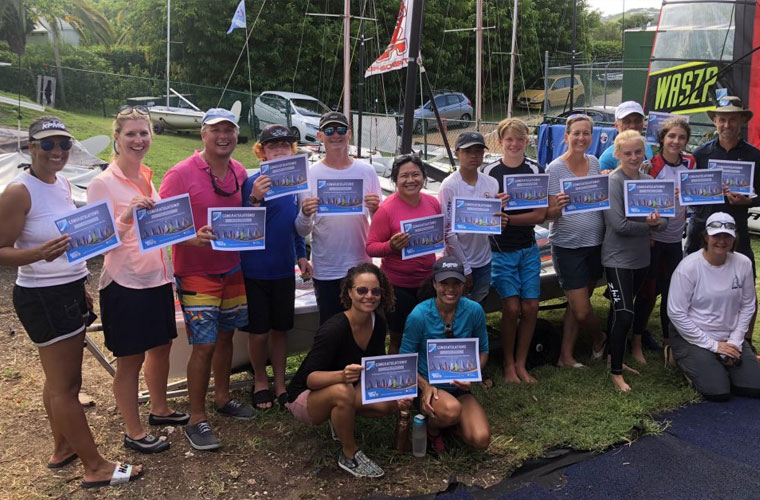 The annual commemorative sailing weekend race for Andrew ‘Bart’ Simpson who tragically died in 2013 aged 36 during preparation for the America’s Cup took place last weekend. The annual worldwide weekend race was in 32 countries and 2063 venues globally hosted by the Andrew Simpson Foundation including Bermuda. This year, it took place at a new venue on Harrington Sound organized by the new non-profit sailing centre “U Sail Bermuda”.

Thomas Penruddocke, Director of Activities at U Sail Bermuda at the Harrington Sound RYA recognized sailing centre said “I am absolutely delighted at the response. We had nine boats out and with seventeen participants in a fun race that raised $450.” This goes into the new “Next Generation Fund” at the Royal Bermuda Yacht Club, keeping the donations in Bermuda to benefit young sailors as scholarships to keep them sailing and maybe even progressing towards an Olympic future!

Harrington Sound used to have Olympic sailors, to mention only a few, like Peter Bromby , Penny Simmons, Malcolm Smith practicing there, and their successes have inspired the creation of U Sail Bermuda, where sailors or would be sailors can hire sailboats, windsurfing equipment, foiling Waszps, even paddle boards or take RYA courses. Bart’s Bash was “fun for all” and the participants had a “blast”‘ said one of the participants.’

Why is it recommended to go windsurfing ?